Everything You Need to Know About Ghee

Butter can amp up the flavor in a recipe, but it’s definitely a “use in moderation” food.

But ghee, a variation of clarified butter, has been showing up more and more in healthy recipes and on the shelves of health food stores.

Ghee is a longtime staple in Indian cooking, but is it healthier than butter? Here’s what you need to know. 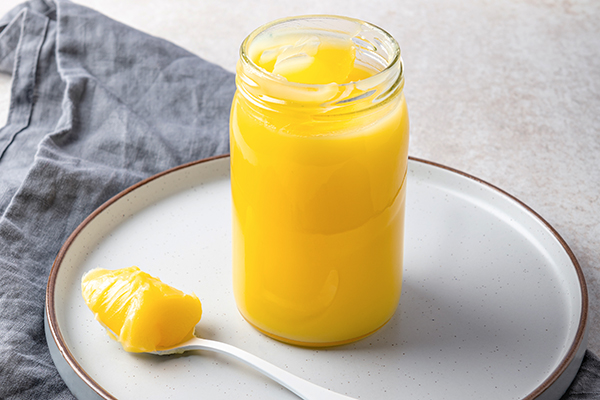 “Ghee is a type of clarified butter with origins in India,” explains Lindsey Janeiro, R.D.N., of Nutrition to Fit.

Ghee is made by heating and straining butter to remove the milk solids.

It may sound like a tedious extra step, but clarifying butter may be beneficial for some people.

Because of this process, ghee is typically lactose-free, Lydon adds.

That means you may be able to handle ghee even if you have lactose intolerance or sensitivity.

But even though “some individuals with slight dairy sensitivities find that they can tolerate ghee better than butter, it’s important to note that ghee is still a dairy product and not appropriate for those with dairy allergies,” Janeiro cautions.

Ghee is also typically free of casein, a milk protein that may cause gastrointestinal symptoms in people with dairy sensitivity and intolerance.

However, not all brands of ghee are casein-free, so it’s probably best to avoid ghee if you have a casein allergy.

How to Make Ghee 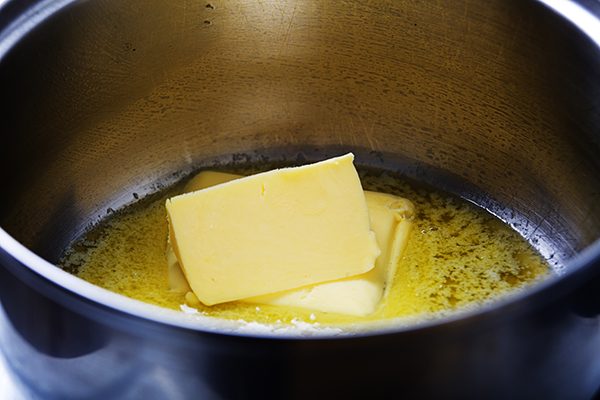 It’s easy to make your own ghee at home. Lydon offers these easy steps:

Your ghee will be a golden liquid when you’re done making it, but will eventually cool to a solid.

Though it doesn’t need to be refrigerated, it will last longer if stored that way.

How to Use Ghee 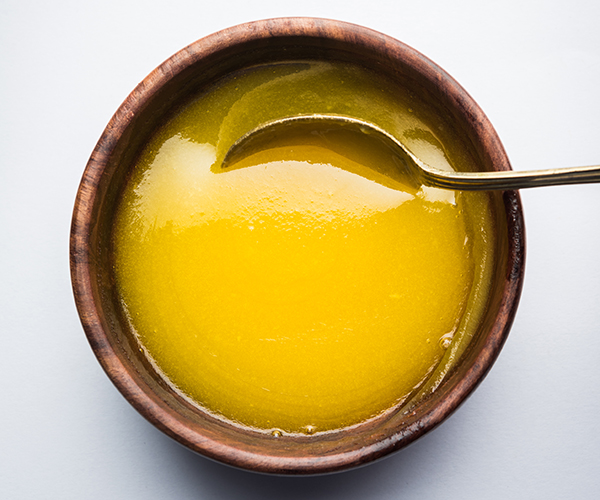 So what is ghee used for? “Ghee has a much higher smoke point than butter,” Lydon says, which makes it a great choice when sautéing or frying foods.

Ghee can withstand cooking temperatures up to about 485° F.

The high smoke point may offer benefits that go beyond flavor. Cooking fats can break down when they’re heated to specific temperatures, producing potentially harmful compounds.

But “one study showed that cooking with a higher smoke-point fat such as ghee produced fewer harmful compounds,” Lydon says.

And ghee isn’t just for cooking.

Use it on toast, baked potatoes, or rice, and you may notice that “ghee generally has a richer, nuttier flavor than butter,” Lydon adds.

Though clarifying and straining butter removes the milk solids, Janeiro notes that the “nutritional differences between ghee and butter are quite small.”

One tablespoon of ghee contains:

By comparison, one tablespoon of unsalted butter contains:

Still, it’s not something you should slather on everything.

Ghee is “still a saturated fat and should still be consumed in moderation in the context of an overall balanced diet,” Janeiro says.